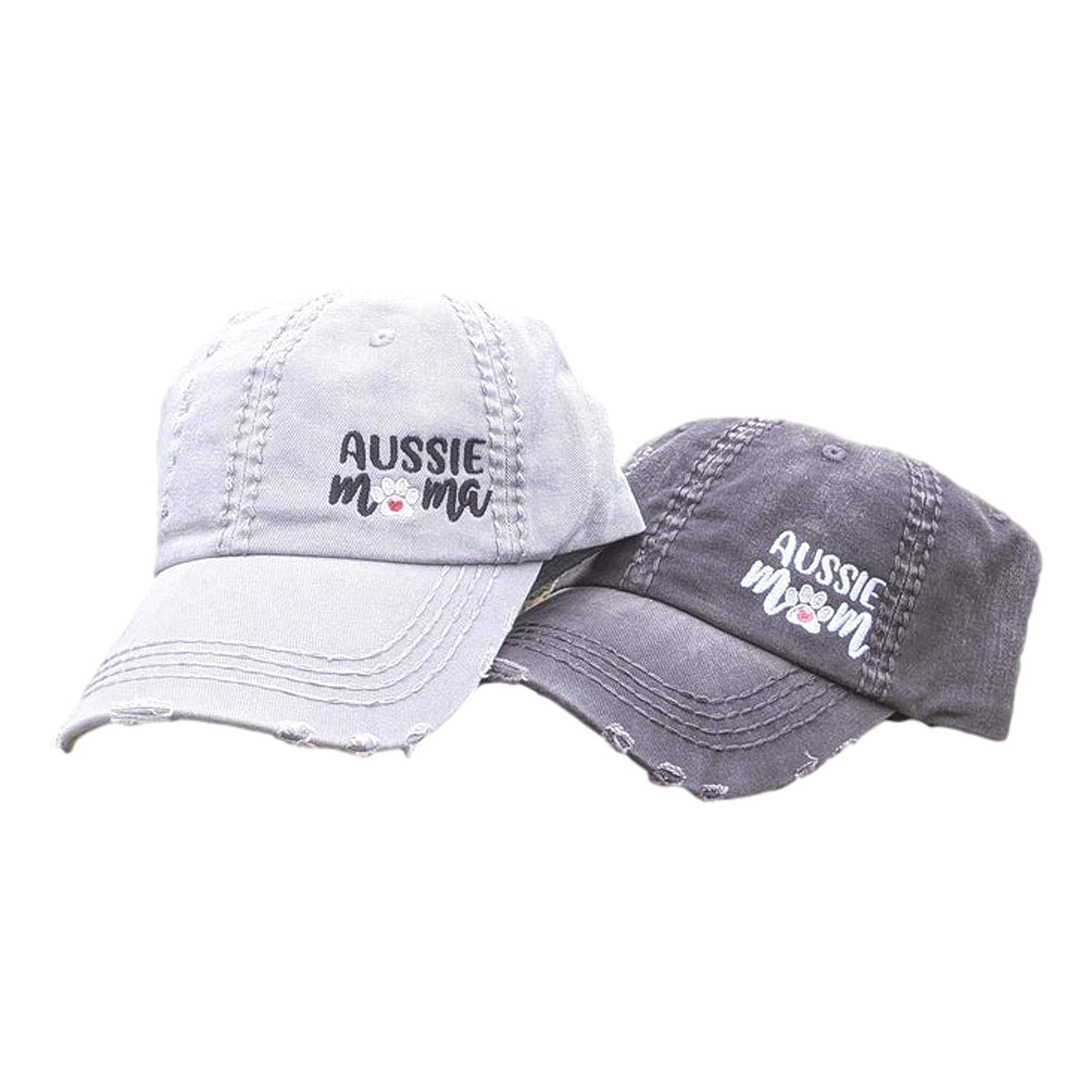 Women's distressed, 100 percent cotton, embroidered aussie mom or mama baseball cap. Your choice of cap and thread colors. Ladies fit, soft, mesh-free cap with matching faux leather back buckle. Handmade in the US - made to order. If ordering a light grey cap, black text will show better than white text. White text will still show, but it will be a softer look. Price is per cap.

We will never send you any content that is not ECFR related. We will store your email address and your personal data as detailed in our Wall-E - Playstation 3.